We’re glad you found us! In the last nine years, the Fuller Center Bicycle Adventure has helped hundreds of people have some of the most meaningful experiences of their lives. They come to ride bikes and change lives by building houses along the way, but they leave finding themselves the ones truly changed and with friendships built for life.

No bike? No problem.

The Fuller Center Bike Adventure has partnered with Bicycle Angels, a non-profit organization that loans road bicycles — *for free* — to people that want to participate in a fundraising cycling event but don’t have a suitable bike to use (and can’t afford one). 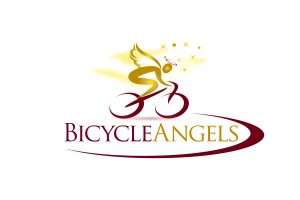 In other words: don’t let the “Bad Bike Blues” keep you down! If you live within 100 miles of the following cities, YOU are eligible to receive a free loaner bike from Bicycle Angels to ride with the Bike Adventure in 2017:

If you are interested in taking advantage of this once-in-a-lifetime chance to ride a free, beautiful bike across the U.S.A for a great cause… get in touch with an FCBA Trip Leader! We’ll hook you up!

“I have biked some of the most spectacular routes around the world, and have volunteered for many worthy humanitarian projects in the global village, but this FCBA has been the most purposeful and rewarding cycling trip I’ve ever done…”
– Laurie MacAdams (Calgary, Alberta)

The Fuller Center Bike Adventure raises funds and awareness to support the domestic and international work of the Fuller Center for Housing, a non-profit, ecumenical Christian housing ministry dedicated to eliminating poverty housing worldwide. Globally, the Fuller Center has built or repaired over 3,800 homes.

Now in its 11th year, the Bike Adventure has worked on 156 build sites, pedaled over 27,000 miles in 47 states, and raised $2 million to support the Fuller Center. Riders of all backgrounds come from all over the country, and raise about $1 per mile to join the adventure!

We ride because the need for decent, affordable housing in the world today is enormous, and because the Fuller Center is working hard to do something about it. We ride for the love of the road and the thrill of adventure. We ride to live simply so that others can simply live. We ride to share our mission. We ride to build.