After a shorter ride of 28.4 miles on Tuesday, we arrived in Philadelphia. The distance and early morning start meant everyone had gotten in by 10:30am to Schummers of Kensington, the auto shop where we’d stay the next two nights because the day after is a build day. Thank you Nick Fury, thank you Amanda Fury!

After unloading the support vehicles together and taking showers, split between the single-use one in the office space above the auto shop and one at The Simple Way, the sixteen of us rode closer into the city for lunch at Palm Tree Market, courtesy of Kert. The rest of the afternoon, Tom, David, Julio, Stephany, David, Bill and I meandered around Reading Terminal Market and to the Liberty Bill and to Dairy Queen before returning to the auto shop to walk over to The Simple Way as a reunited group. 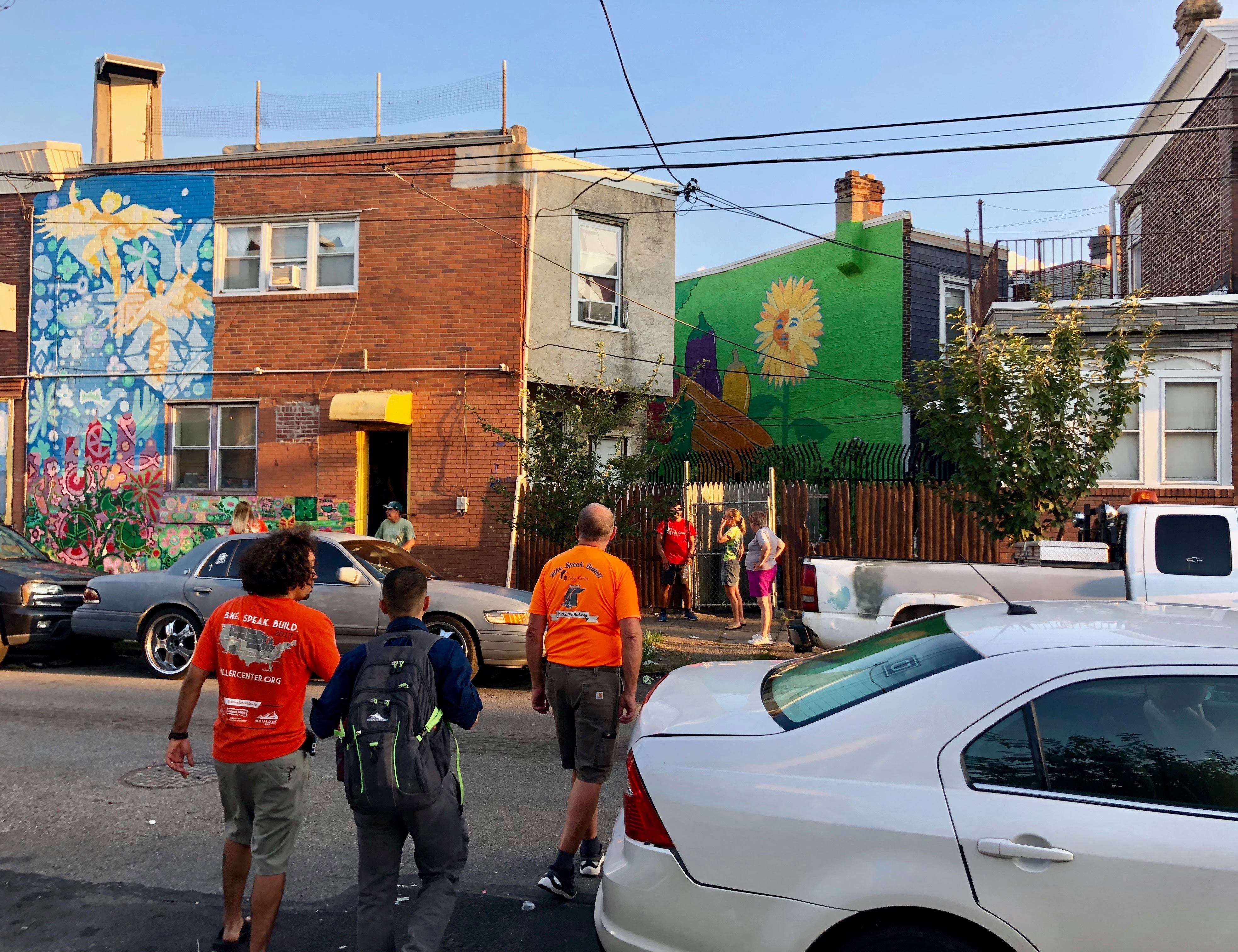 Shane Claiborne met us outside the garage and led us over to The Simple Way at 3234 Potter Street, where we met Marie Nieves and Miguel Diaz. Marie, who had also prepared the meal we ate together that evening, heads emergency services at The Simple Way, and Miguel heads food distribution. The Simple Way  itself is an intentional Christian community grown into the neighborhood:

“We paint murals, help kids with homework, share food, host neighborhood celebrations, and try to live as one big family… which means eating together, praying together, doing life together.

We also believe in challenging the systems and structures that hold people down, squash people’s hope and destroy people’s dignity. That means we care about things like racial justice, mass incarceration, gun violence (and all violence!), inequality between the rich and poor, and all such things. For us, the Kingdom of God is not just something we hope for when we die but something we are trying to bring on earth as we live… in fact, we’re trying to bring God’s dream to North Philly.”

Shane, Marie, and Miguel talked with us about the history of The Simple Way and the context in which it’s part of the neighborhood, where one young person had said it’s easier to get a gun than a salad. 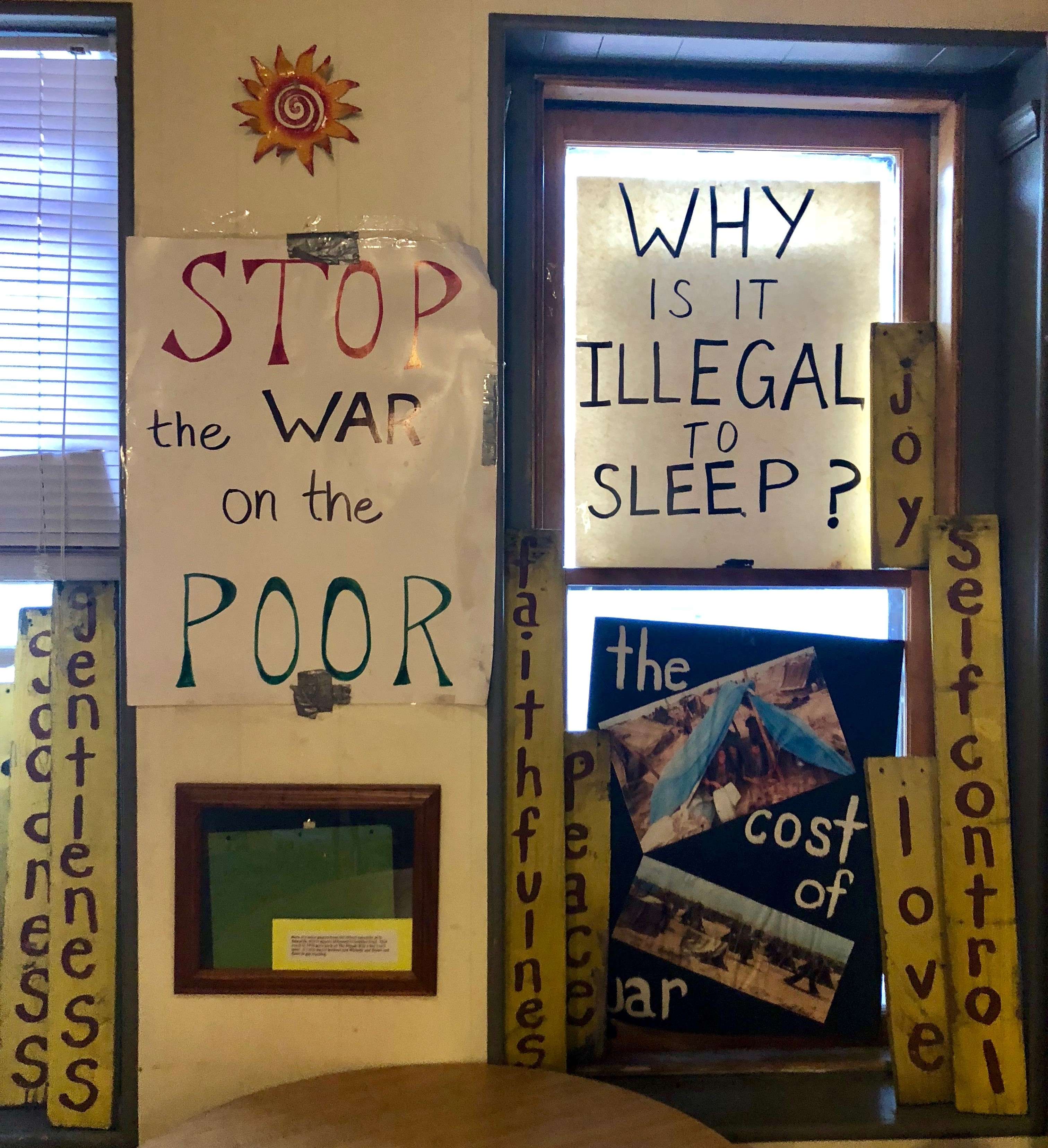 Kensington had once been the part of Philadelphia where everyone wanted to move to. Now, it has 700 abandoned factories and many more abandoned houses, and the drug economy, for example, is a practical replacement industry that urges them to be holistic in how they think about the work they do daily.

They also shared stories. After a large 2007 fire originating from an abandoned, city-owned factory, journalists came into Kensington to ask, “Your house just burnt down – how do you feel?” One person’s response: “Well, obviously we’re devastated right now, but we have God and we have each other, and I know we’ll get through this… And, actually, since the factory burnt down, we realized we can see the moon from our block.” 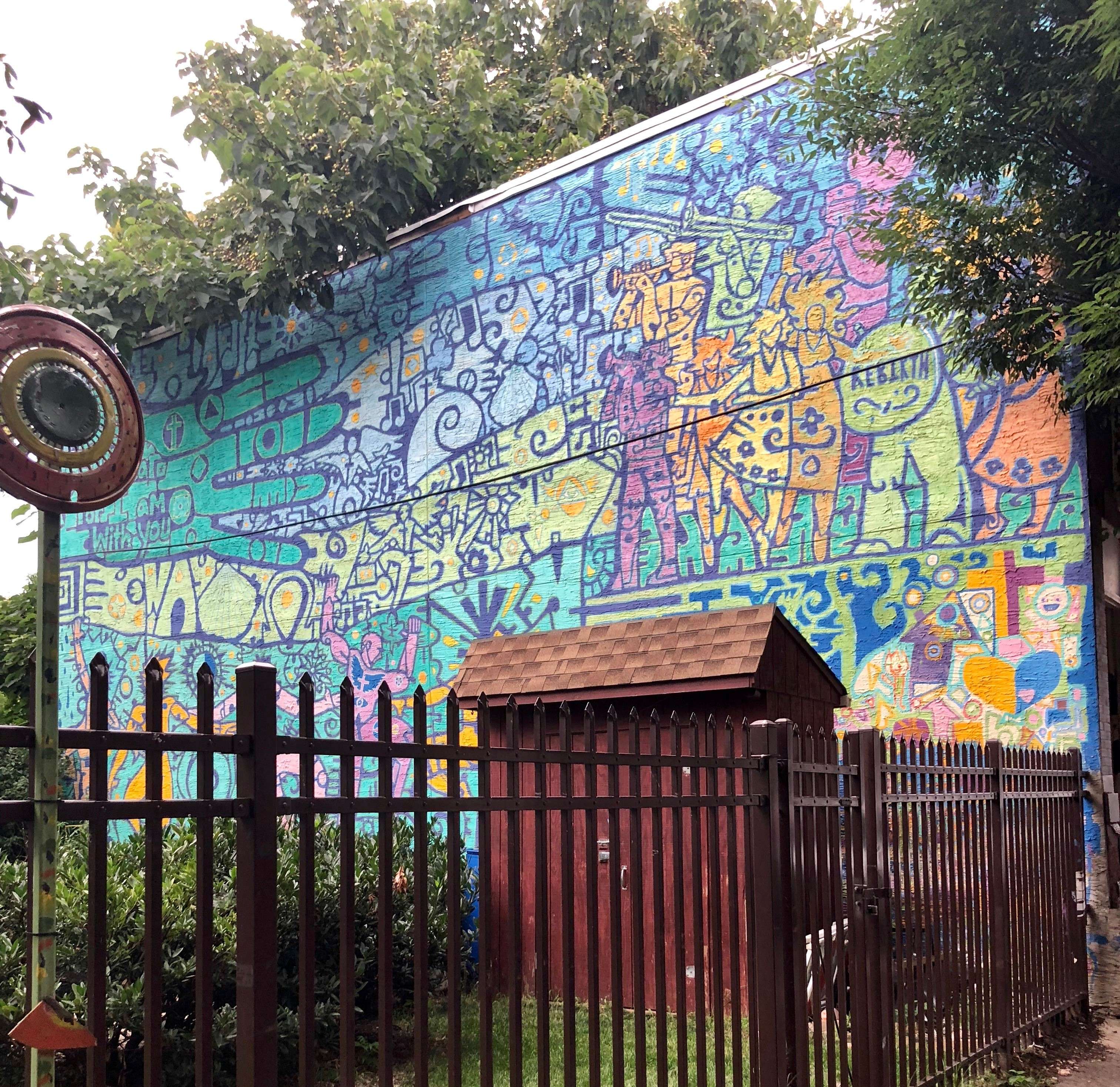