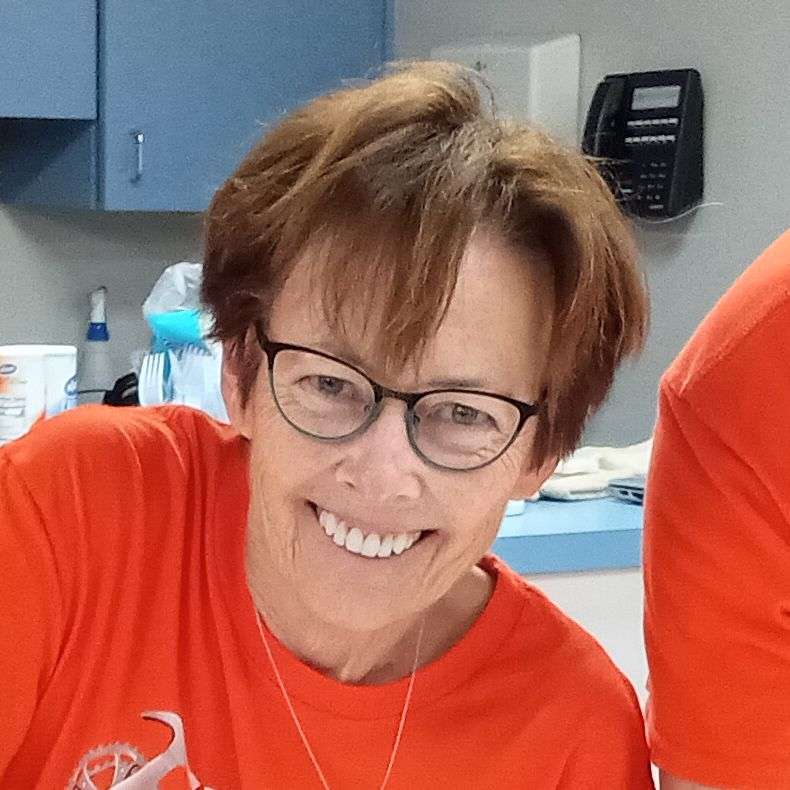 We rode from Tavernier Key to Marathon Key on Saturday, January 15 under blue, cloudless skies. People were fishing from the bridges and the water was blue merging with emerald green. With only 37 miles to ride, we took our time and enjoyed the cool breezes and warm sun. It was hard to imagine that back home, temperatures were dropping and snow was beginning to fall.

It was also hard to imagine the weather could change where we were … but, as the afternoon advanced, it became clear that a powerful storm was headed our way and on our path to Key West.

Our fearless leader, Neil Mullikin, called a meeting Saturday night to discuss the situation. There were forecasts of 20-mile per hour winds and 40-mile per hour gusts. Less than 10 miles from our host church, the famous seven-mile bridge awaited us. Neil posed the question: Who wants to bike the last 55 miles into Key West under these conditions and who feels uncomfortable riding into a storm?

Neil then talked about logistics: If conditions got worse, how could we pack all the bikes, gear, food, and people into the 2 vans and the trailer? How would people feel who didn’t finish that final leg of the trip? Would they have regrets or feel they had made the right decision?

During the night, the wind picked up and, by morning, the force of the wind was bending palm trees over. As the support people scurried to load the bikes on the van, the riders mounted their bikes at first dawn. Jonathan Berringer played the song “Riders on the Storm” and Alice Myk played “Fire and Rain.”

The vans passed the riders on the seven-mile bridge. We yelled at them but they didn’t look up – they were intensely focused on maintaining their balance in the face of the wind.

The bikers arrived in Key West at 11:00 a.m. As accurate as clockwork, the skies opened up, heavy rain began to fall, and lightning lit up the sky at the exact time it was predicted. If any of the rest of the riders had set out at 7 a.m., the rain would have drenched them.

In life, we all have decisions to make based on what we know at the time. Patients ask me to promise them the outcome of an illness or a procedure and I always say, “I can’t predict the future.” So, we have to make decisions based on the available evidence, whether it’s a weather forecast, our previous experience, the wisdom and vision of others or our faith in God.

In this situation, we were fortunate that we got it right. One of the bikers said that riding through the wind was exhilarating and challenging and frightening. While the rest of us were disappointed we couldn’t make the final triumphant ride into Key West, we all arrived safely there. And we had biked 445 miles — no small feat.

“He spoke and raised up a stormy wind, which lifted up the waves of the sea . . . He delivered them from their troubles. He stilled the storm to a whisper; the waves of the sea were hushed. What a blessing was that stillness as he brought them safely into harbor! Let them give thanks to the Lord for His loving kindness, and for His wonders to the sons of men!”

See Alice's progress, or donate towards her goal
See the full collection of photos from the 2022 Tour de Florida