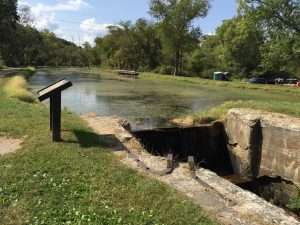 Wednesday was a very full day. We cycled 64 miles from Meyersdale, PA to Paw Paw, WV. I actually put in some extra miles, but we will talk about that later. The weather was fantastic and the autumn leaves where everywhere; on the trees and on the trail. Taking in the trees, the hills, the water and views from varies outlooks on the trail was amazing. Another highlight of the day included Chick Fe La for lunch, courtesy of Mike Rutherford, thanks Mike. We also saw some reenactors in 17 century attire.

What I was most excited about today was the fact that we would be going through tunnels. While we had gone through some short tunnels previously, there would be real tunnels, tunnels so dark and long that you couldn’t see without a flashlight, cold and damp tunnels that made you feel like you were biking through a cave. This really excited me because as a kid I was always into Halloween and exploring dark and creepy places, so this was an extra treat for me! 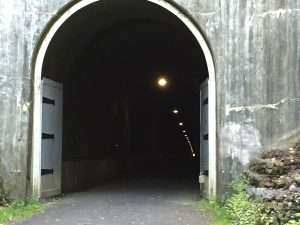 The first long and dark tunnel we came to on the trial was the Big Savage Tunnel – what a name! The Big Savage Tunnel is part of the Great Allegheny Passage rail trail. It is a formerly abandoned railway tunnel. It was dark, it was easy to speed through and although there were some lights, it was still creepy enough to make my inner child happy!

The Second Tunnel is the Paw Paw Tunnel. It’s called Paw Paw, because it goes to Paw, Paw West Virginia. And this was the tunnel that did me in. I probably should preface this by saying that I was sweeping that day and instead of being a responsible sweep and sticking close to my partner I was taking advantage of being able to race along down the trail on the top gear speed of my bike. It was near the end of the day I had saved up plenty of energy from biking slowly. I remember seeing a sign that said that the tow path was closed. I was ahead of Mark, the other sweep for the day, when I saw the tunnel. I didn’t see any other indicators so I assumed I was supposed to go through the tunnel. 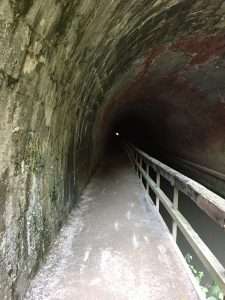 It was big, and the canal went right through it. There was one narrow and muddy passage, supported by wood, with a wooden railing on the right side. It was darker and creepier than The Big Savage Tunnel and at one point I even felt drips of water trickle down on my shoulders and back. It was very long and there were a few times when I wondered when it would end.

Then I make it to the end of the tunnel only to find the rest of the area fenced off and a sign that read “closed for construction.” So I had pedal back through the long dark tunnel. When I emerged from the darkness I realized that Mark would have traveled on by now, assuming that I was still riding ahead. I couldn’t get in touch with the trip leaders because I didn’t have cell service and this stretch of the trail was notorious for having no service.

I had to keep moving and I had two options: 1) there was a detour route back down the road. There were signs that I misread leading cyclists to take the detour instead of the tunnel which was closed. 2) I take a path that is very narrow, would be hard to get my bike through and looked more conducive to someone in hiking boots than bike gear.

I took the detour which was a pretty rocky, and tree root filled, steep path. I walked most of it. The last stretch I biked and then ended up hitting a rock and flying at least a foot in the air. I thought for sure I was going to crash, but thankfully God was looking out for me and I came down with a big bounce.

After that I booked it down the trial as fast as I could. I kept telling myself I had to reach a main road before dark. I remember seeing a jogger along the path. I asked him how far it was to the next main road. He wisely asked me where I was going. I told him Paw Paw West Virginia. And then he told me that I was going the wrong way and that Paw Paw West Virginia was 5.5 miles in the opposite direction. Which meant I would have pedal all the way back and then go up that detour trail again.

He said since it was only 6pm it was probably doable, it would just be a pain going back up the detour trail for the second time. Thankfully the man had a retreat center with a landline nearby and was able to call Connor and Jessica and let them know where I was heading and that I was safe. Connor found me walking on the detour trail and led me into town. I am very grateful to that jogger, I probably would be spending the night somewhere in the woods if he hadn’t informed me that I was going the wrong way.

There are some valuable lessons here. Obviously, the buddy system is important, especially for sweeps whose duty to ride behind and making sure everyone gets to the rest stops and the destination safely. In a broader sense as I think about how we need to take care of each other and recognize in life that we are not meant to do it all alone.

During the Fuller Center Bicycle Adventures we all come together from all over the country, and sometimes all over the world and we meet for the first time at the beginning of the ride. However, as the week or weeks go on we come together as a community, we get to know each other and help bear each other’s burdens and care for one another like a family. We are united in the purpose of riding, speaking and building, and we share our community with others on the build days and the churches that host us.

I feel like this is how it is supposed be in the world. We are supposed to live in community with our neighbors, help the poor and those in need because they are part of our community. In a day and age where everyone moves and most people couldn’t tell you the name of the person who lives next door to their house or apartment, I feel like community is something we are really missing out there in the ‘real world.’ Imagine what towns would look like if we looked out for one another and contributed personally in each other’s lives? If the people in the place you lived were not all strangers, but part of your community? Part of your family?

I feel like everyone could take the time to get know some of the other people in the community or maybe even just one or two families who maybe have hit hard times and commit to investing in friendships with them and making them part of the community I think the world would be a better place.

To conclude I did make it back safely to the town, I didn’t miss dinner or a shower thankfully – because of the generosity of the people of Paw Paw West Virginia. Also, Dan made me feel better today (Thursday) by stating that because of the fact that I got lost everyone in the church and soon everyone in the town knows about The Fuller Center for Housing and the Bike Adventure and the cause because they have this story of me getting lost attached to it. So even though I did get lost and it was uncomfortable and a scary adventure God was still able to turn it around and use it for good! Praise the Lord 🙂 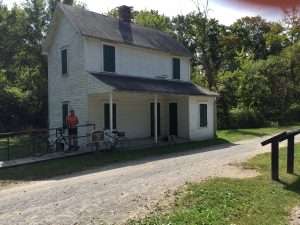 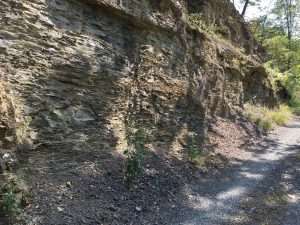 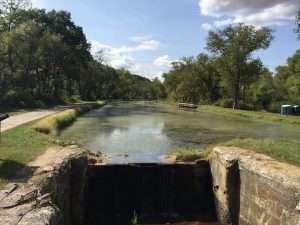