Written By: Alyssa Koziol
“Bike. Speak. Build.”
That’s the Fuller Center motto we carry on the back of our shirts and jerseys. We have perfected the biking and speaking this week, but today we finally were able to utilize the last word – build. 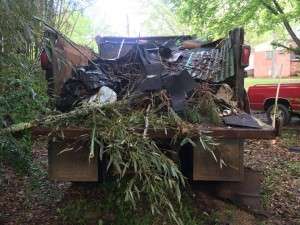 We have had the pleasure of staying at Parkway Baptist church in Houston, MS for two nights. And they have been gracious hosts. After starting the day off with a delicious breakfast of eggs, bacon, cheesy grits, biscuits and gravy and fruit we headed out to First United Methodist Church in Water Valley, MS for our build day. 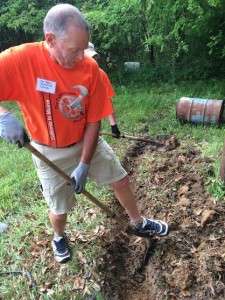 Once arrived, we split into four groups and headed to separate sites…
-Crew 1 spent the day in Coffeeville where they diligently installed a new tin roof, cleaned up the yard, and painted multiple ceilings and a hallway.
-Crew 2 worked a long and rewarding day by first clearing out the kitchen they were going to be working on. Then they installed all new cabinetry and flooring followed by bringing the refrigerator and freezer back inside. They even found time to put up a new ceiling fan.
-Crew 3 was able to enjoy the warm southern sunshine by spending the day on the roof of a house the Fuller Center worked on back in 2012! They helped remove two layers of existing shingles and cleaned up afterwards.
-Crew 4 helped clear debris from someone’s yard and additionally dug a trench to help water better flow away from the house. After a tasty lunch at the church, they pitched in with crew 3 and assisted in the shingle clean up in the afternoon. 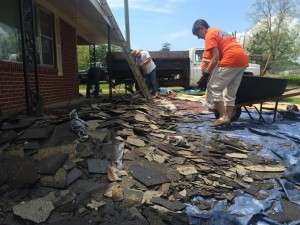 I was involved with crew 4 and can personally say I was not prepared for the tearful thank you we received there. It’s phenomenal how only one day, two hands and a group of big-hearted people can turn around someone’s life.
Thank you to all who have supported our ride.. YOU are making a difference as well 🙂 Oyee! 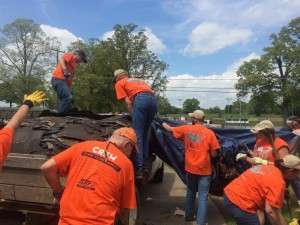 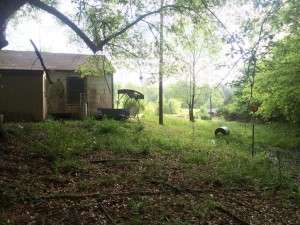