History comes to life on the Underground Railroad
June 23, 2022 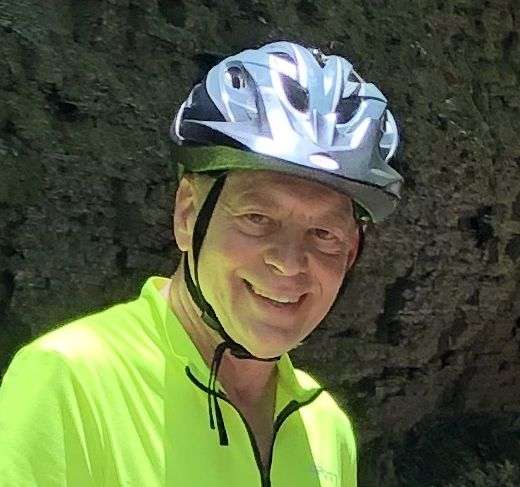 Left from Fredericksburg, Ohio after an amazing breakfast provided by The Fredericksburg Presbyterian Church.  Got to sample some of Professor Gary’s real maple syrup.  And it was good!

The weather had cooled down nicely from the day before.  Some hills to start but still moved along nicely.  Mark Shue manned all the rest stops by himself and did a great job.  A lot of today’s ride was on the Erie Ohio Rail Trail.  Some was paved and some was crushed limestone.

Our final rest stop was at the Akron home of John Brown, the abolitionist.  Had a wonderful presentation by a local actress who played Harriet Tubman.  She also spoke about John Brown and his involvement to free slaves.  Interesting and moving.

Hopped back on the bikes for a short hilly ride to The Bath Hollow Farm of Melissa and Brett Safran.  Unbelievable dinner with our hosts and a bunch of their friends as part of their usual Thursday night gathering.  Lights out late at 10 pm.  Build day tomorrow in Aurora, Ohio.

See Bill's progress, or donate towards his goal