What I was expecting when I started The Fuller Center Bicycle Adventure ride was a nine-week bicycle ride across America—nothing more, nothing less. It is the longest ride, to date, that I have ever done. At most, I hoped it would push me a little.

Well, what it has turned into is way more than I expected. I have grown mentally, as well as physically, but most of all, I have witnessed the love and support that people all across America are willing to give, in addition to their time and assets—helping a group of about twenty-five cyclists as they ride across America, build, and raise awareness to end poverty housing, in hope that our efforts will really affect many Americans. Go Fuller Center Bicycle Adventure! 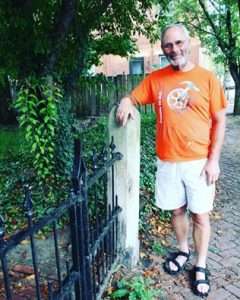