Today was a tough century day biking over 100 miles from Craig, CO to Walden, CO over the 9426 foot Rabbit Ears Pass. The day was made tougher by a series of mishaps occurring during the day. The day started out with a flat before the group ever got out of the church parking lot and two more flats within the first couple of hours. One rider’s chain broke and after trying unsuccessfully to fix it found a spare chain and was able to replace it. In trying to take a picture another rider ended up having their bicycle wheels caked with dog poop. All of us had to deal with about 11 miles of construction in our journey over the pass. We had to wait 3 separate times for 15- 20 minutes each waiting for all the cars to pass until they would let us go. During one of our waits we had a nice chat with one of the construction worker flaggers.

In the midst of all these problems we were still able to have fun and experience great beauty. On the way up and over the pass we experienced beautiful vistas. At the rest stop at the top of the pass there were beautiful fields of flowers. We all made it safely to the church in Walden and several of us had an ice cream reward after dinner. 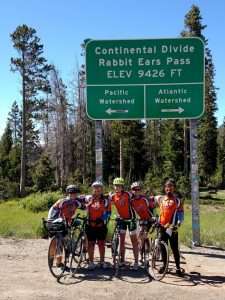 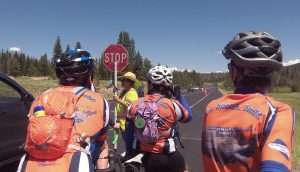 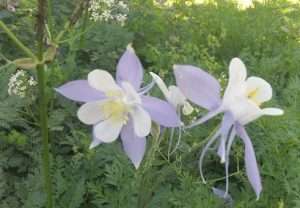 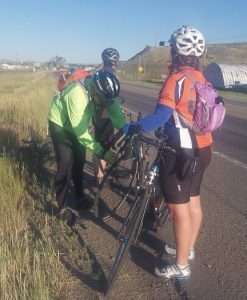