Another great day biking in Nebraska started out with a challenge—road construction on Highway 30, which caused us to detour on a gravel road for thirteen miles. A vote was taken, and, to my surprise, ten out of thirteen riders said they would ride the gravel road again. I was one of those that voted no! To me, that says a lot about the spirit of The Fuller Center for Housing riders!

We sailed downhill with a tailwind the rest of the day, and we enjoyed the scenery as the Sandhills, visible to our north, turned from brown to green as we went east.

The next stop was Ole’s Big Game Steakhouse, where we admired the big game trophies, including an elephant head and complete stuffed polar bear.

Several guests joined the P&P railroad express again today (that is, the Patrick 1 and Patrick 2 paceline) for the next fifty-five miles—thank you for joining us!

Some of the highlights for me today were crossing the Platte River a couple of times. The Platte (Native American word for flat) is such a beautiful and interesting river because you can go out in it to play and explore nature’s beauty firsthand.

I chose this segment of the ride because I grew up in Nebraska and wanted to get an overview of the state from the seat of a bicycle. God has shown me the beauty of His creation, and I have learned many new things about its history. I have greatly enjoyed talking to fellow rider and Nebraska State senator, Robert Hilkemann. I also got much good information from my big brother, Larry Roberts, as we drove from Aurora to Cheyenne on I-80. Many thanks to him and my sister-in-law, Lois Roberts, for shuttling me out here, and for all their love and hospitality! 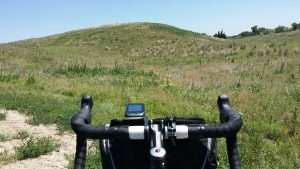 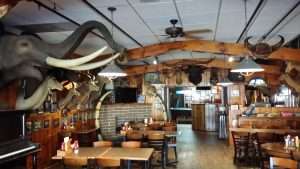 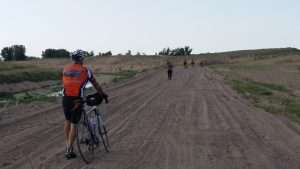 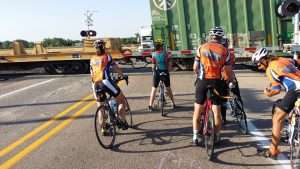