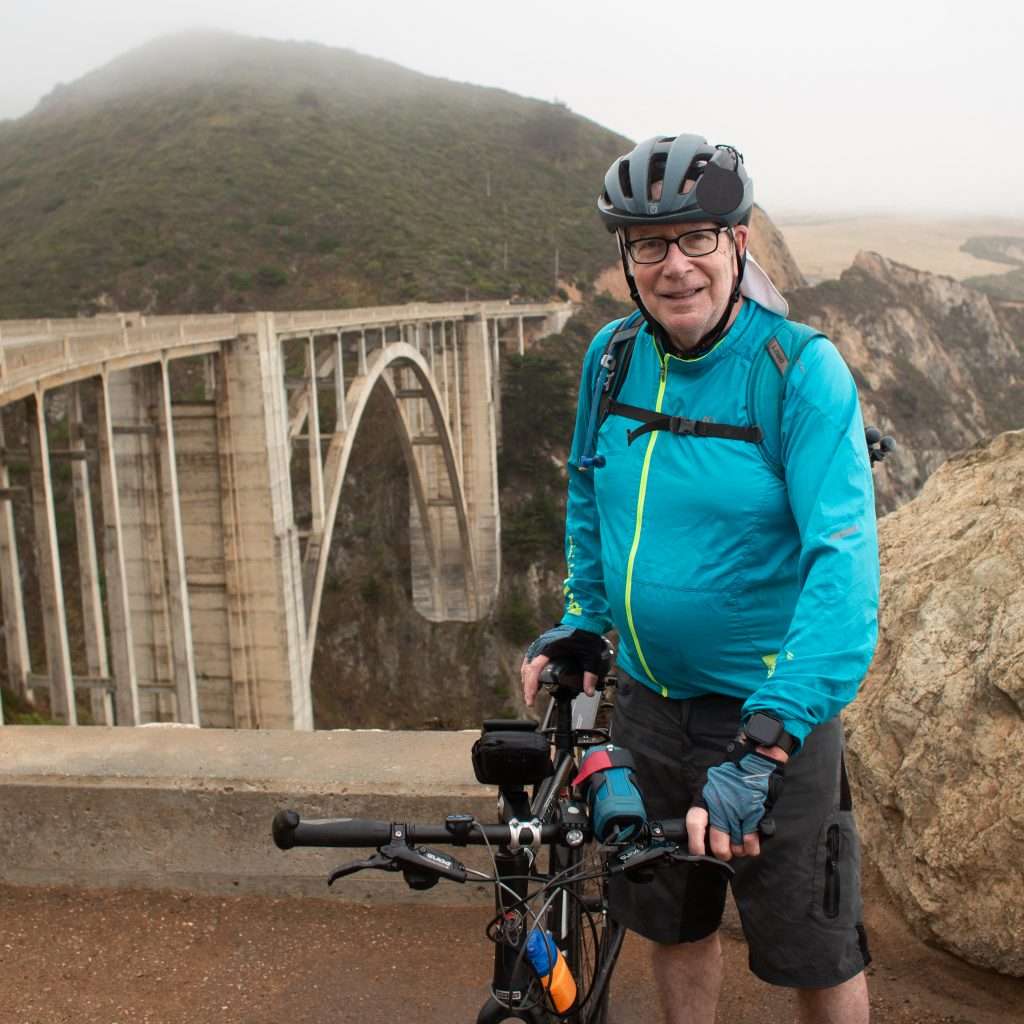 Each morning before our daily ride, we circle up as a group and discuss the ride ahead and finish up with “devotional” in which one of the riders shares thoughts, experiences or some other spiritual reflection.  This practice keeps the riders focused on the purpose of the ride. This is my fifth ride and the last two days were the most powerful devotionals I have ever heard.

On Wednesday, legendary rider, Sue Pratt, described her path to the Fuller Center Bike Adventure. She talked about the enormous medical challenges she has faced since childhood.  These involved unexplained seizures that severely disrupted her life, involved repeated major surgeries and medication with extreme side effects.  Anyone who knows Sue would be shocked to learn she has any medical issues whatsoever.  She is extraordinary rider and has a dozen Fuller Center rides under her belt, clocking thousands upon thousands of miles on her bike.  She is also full of energy off the bike and her positivity infuses every ride she’s on.  She described how the Fuller Center Bike Adventure saved her and expressed her appreciation for the support she has received from Fuller riders and support teams.  As one who has ridden with Sue on multiple rides, I’d say she gives way more than she gets.

On Thursday, we heard from Donna Ralston, a new volunteer who signed up to be a driver for the ride.  She has performed tremendously.  She learned the job quickly and has been especially good at observing  the ride’s complex processes and making suggestions for improvement.  None of us knew she had an extraordinary secret.  Her devotional described a life experience that stunned the riders.

She described the story of her son, Aaron Ralston, who had an accident while hiking and found himself trapped when a large boulder rolled on to his arm.  He was stuck for almost six days without food and water.  On the sixth day, he freed himself by breaking his own arm and cutting it off below the elbow.  One rider shrieked, “That was your son?!”  This rider had read the book that her son had written entitled Between a Rock and a Hard Place. The book was made into a movie, 127 Hours, starring James Franco.  Donna attributed his survival to a series of miracles for which she thanks God every day.

Both of these devotionals described gripping tales of overcoming diversity. Fuller Center riders confront adversity in miniature during our rides.  The adversity we face pales in comparison to the life-threatening experiences that Sue and Donna described.  But they provided us with inspiration not only for our rides, but for our lives.

Thank you Sue and Donna.

See Bill's progress, or donate towards his goal