Today started out with a great devotion from Dan Hepp. He discussed an experience he had on a previous FCBA ride in which a rider got lost and the entire town turned out to track him down. This demonstrated how God will use a potential problem to His purpose: making an entire community aware of the Fuller Center and our cause! What a fitting concept to keep in mind when we experience adversity.

This was followed by birthday wishes to Bob Hibma. Bob spent his 80th birthday riding his bike down the Natchez Trace. What an inspiration! I hope I am able to do as well on my 80th! Best wishes to Bob and many more!

After 2 very chilly and challenging days, we were rewarded by a FABULOUS day of near-perfect cycling temperatures, sunshine and a slight tailwind. A nice assortment of wildlife was observed along the Parkway. A herd of 5 deer, a coyote, wild turkeys and a large owl (unfortunately deceased, but a beautiful bird nonetheless). 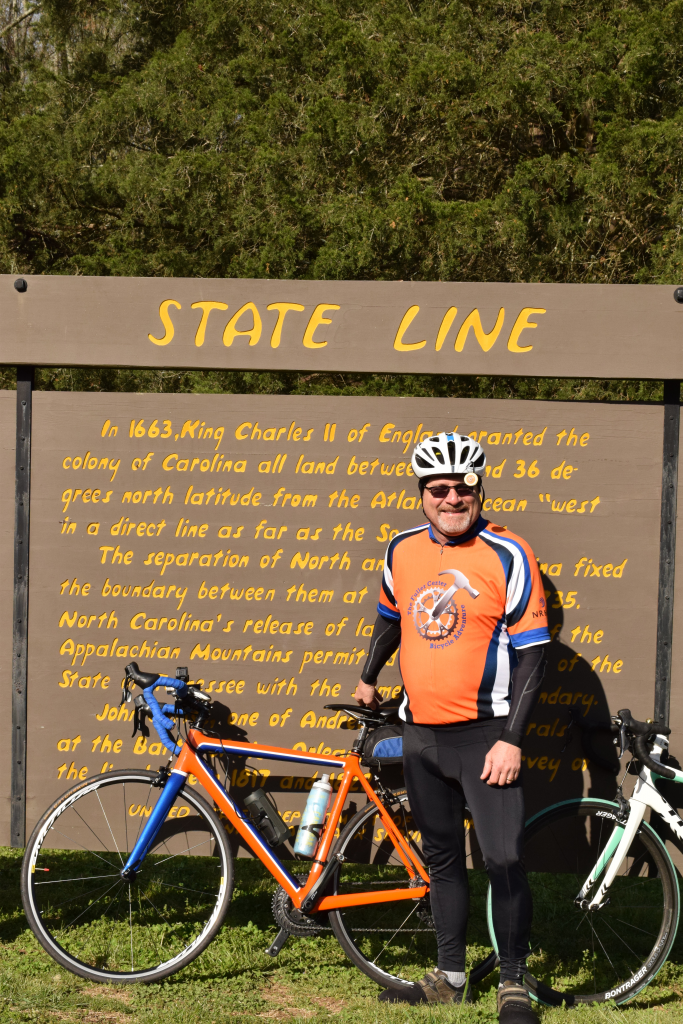 Shortly after crossing the Alabama state line, Turbo Tom and I visited the Wichahpi Commemorative Stone Wall. Tom Hendrix began building this stone wall 30 years ago. This wall, or more tunnels and “rooms” made of several stone walls, were constructed as a memorial to his great grandmother, Te-lah-nay. She was a Yuchi Indian who was swept up in the trail of tears in the 1830s. Each stone represents one footstep of her 5-year, 700-mile walk back east. This is not part of the Natchez Parkway, but is located just outside the eastern border of the park at mile 338. 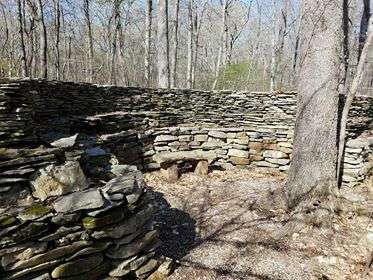 A great day ended with a delicious meal consisting of leftovers from last night’s feast at the Collinwood United Methodist Church. I had a great time working with the dinner crew to prepare the meal. 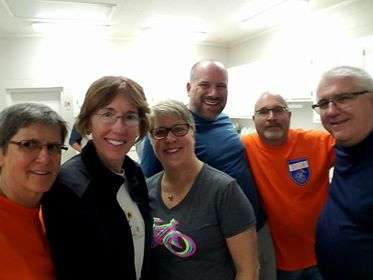