By Justin Smith
Riding a bike across the country (or in a 4,000 mile loop, as it were), is not really about the bike ride.  The pedaling, the exhaustion, the many hills, roads, and turns, are all much more ancillary than they are vital.  Riding this far, and in this manner, is about leaving things behind.  When I first rode in 2014, I was riding to leave behind a chapter of my life, and find my new self.  This time I’m just on for a week, and riding to leave my day-to-day stresses behind, locked away in my work phone and social media accounts.

END_OF_DOCUMENT_TOKEN_TO_BE_REPLACED

I arrived in Portland yesterday and had a chance to reunite with 2014 riders, Nicole, Lindsey, and support intern, Kristina. And this was even before meeting with the official ride group. I am always reminded that the FCBA experience often builds lifelong relationships. We enjoyed reminiscing about our shared experiences biking and traveling throughout the country and catching up on our new life situations. Thank you to Nicole and Kristina for driving up to Portland, and for Lindsey for hosting us, and taking us to the nearby award-winning food trucks! I had a waffle sandwich called the Portlander, and it was very tasty. END_OF_DOCUMENT_TOKEN_TO_BE_REPLACED

In our fast-paced world, to have the opportunity to experience life at the pace of a bicycle reminds us to: look up at night to see the moon and stars, look around to see the beauty of nature, the flowers and birds, and look into our hearts to be thankful for all that God has provided. END_OF_DOCUMENT_TOKEN_TO_BE_REPLACED

I love this group!

END_OF_DOCUMENT_TOKEN_TO_BE_REPLACED

Fields of yellow, white, lavender, and red flowers. Dogwood and Redbuds in bloom. Sunny skies with puffs of white clouds providing some shade along with the many trees. What a beautiful show of God’s glory!

END_OF_DOCUMENT_TOKEN_TO_BE_REPLACED

I’m writing this afternoon with a perfect view of the beautiful Mississippi mountains … of laundry.  Laundry day is such a special time on the bike adventure; everyone’s opportunity to fully give into the adventure and throw their smelly bike clothes into a pile with everyone else’s smelly bike clothes and trust it all comes back a little cleaner.  And the Bike Adventure’s true saints shine – the laundry team, who hauls it all to the laundromat (extra heavy today – everything is soaked from two rainy days in a row) and loads it into the machines with their bare, saintly hands.

END_OF_DOCUMENT_TOKEN_TO_BE_REPLACED

I love listening to others tell stories. Sometimes those stories are about something fun or adventurous. Sometimes it may be a tale of accomplishment and– at my age – it is often the accomplishment of a child. If I classified all the stories I’ve told and heard, the category with the most stories is the one with stories that are about overcoming adversity. But there is another category that I particularly love; stories about Amazing Service. Things such as a time when someone came to our aid unexpectedly or maybe a call to customer service where the company went above and beyond to take care of us. And for the riders today we’ll be sharing about this day for many years to come because we experienced both on our ride from Duck River, Tennessee to Collinwood, Tennessee. We received amazing hospitality from two different churches and we rode on a day when almost all experienced riders would have just said, “Nope!”

END_OF_DOCUMENT_TOKEN_TO_BE_REPLACED

The idea for the Tour de Florida came from Kert Emperado and Mark Major, when they cycled the Keys in early 2016. Kert, being from Philadelphia, highly endorsed the ride as a great way to escape the cold and enjoying time riding with friends. Mark, who lives in Orlando, saw the potential for the ride to serve his local Central Florida Fuller Center for Housing, in addition to cycling in the sun. We are excited to combine all of the great aspects of riding in Florida, and working to serve those in need of affordable housing!

In the summer of 2017, the East Coast ride finished their five-week journey from Portland, ME to Key West, FL by riding this very stretch. Despite the August heat, the beautiful riding in Florida shone through, and the thought to repeat this stretch in better weather kept playing in our minds. After trying to get it off the ground for a few years, the time has finally come!

This week-long ride begins with living out the mission of the Fuller Center. We will build with the Central Florida Fuller Center for Housing on Saturday, December 28th. After orientation and church service on the 29th, we will strike out east to hit the Atlantic Ocean  in Cocoa Beach. The rest of the route follows the gorgeous Atlantic Coastline for before hitting a dead-end in Key West. We will have an off day there to bask in the glory of the great ride, and take a sunset ferry back to the mainland. An early morning drive will bring us back to Orlando for a Monday morning departure. There is a lot to love on the Bike Adventure’s Tour de Florida!

Riding with the Fuller Center Bike Adventure is a great way to get in shape, but we don’t currently offer rides in the winter. Here are some tips I have learned to keep in shape from the summer, and make spring training a whole lot easier: 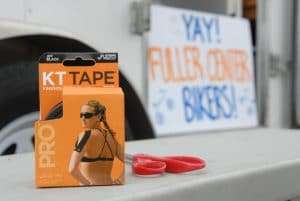 Remember that steady activity is the goal through the off-season, and that KT Tape can help with support and recovery during all your winter activities! Follow the Bike Adventure’s Instagram account for periodic KT Tape giveaways throughout the off-season.

I look forward to riding with you in 2019!
Connor

So here we are, at the end of the ride. We’ve dipped our tires, said our goodbyes, and are each now making our way back home, wherever that may be. It’s been an incredible journey, and one we won’t soon forget. END_OF_DOCUMENT_TOKEN_TO_BE_REPLACED

Thanks for reaching out to us, a Trip Leader will be in touch with you soon!