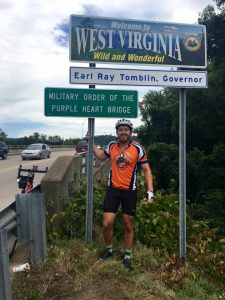 Riding across the country with FCBA in 2016 was the best decision I’ve ever made. I was a graduate student when I began in Seattle, but had decided to become a volunteer with the Fuller Center by the time we finished in Washington, D.C.! I honestly couldn’t pull myself away from the wonderful mission and community that had been such an integral part of my summer experience.

Now, I want to contribute in some meaningful way to helping people have that same experience for themselves. So…here I am, back for more! I’ll be leading the cross-country ride (San Francisco, CA to Savannah, GA), which is sure to be a beautiful route, with lots of good people and plenty of build days. It’s easy to see why I’m thankful every morning that I get to do this for a living! 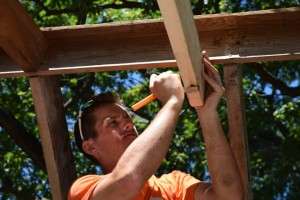 Hi Fuller Center Bike Adventurers, my name is Connor, and I will be Co-Leading the 2017 Spring Ride this year. I am a second year Trip Leader with the Fuller Center, having led the Spring, Summer, and Fall in 2016.

It has been an absolute honor and privilege to lead rides this past year, and I have grown closer to the person I want to be through the fellowship of the FCBA community. The opportunity to dedicate myself to a cause that I am passionate about, all the while riding my bike all over the country, has been an incredible blessing!

It doesn’t get much better than this: living simply, biking daily, building homes and lifelong relationships. I am excited to meet the newest addition to my Bike Adventure family! 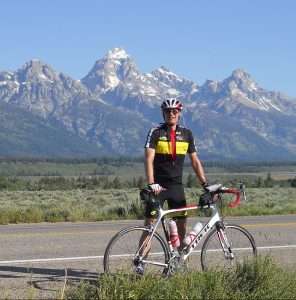 I’ve been cycling 30+ years and recently retired to the Piedmont Triad area of NC.  I have had the opportunity to visit many amazing places and have many wonderful experiences because of bicycling, including riding across the US in 2013.  This is my first year doing a Fuller Center ride and I’m looking forward to this trip as a way to give back for all the great experiences I’ve had and using my love of bicycling as a means to help others. 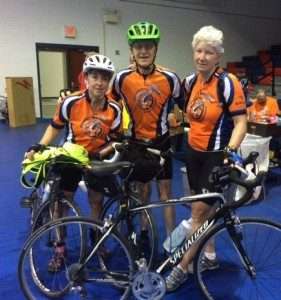 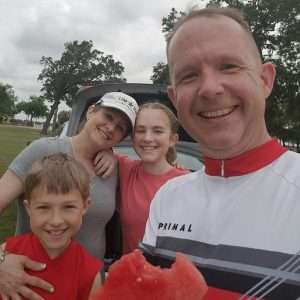 A little less than two years ago I began developing a passion for cycling. It was my goal at that time to complete a century within my first year. By God’s grace and the support of my family, I am nearing completion of my third century in December 2016. Many have asked, “Why the long distances?” I have never been one to compete with others in races and such; I ride for endurance. Long distance riding continues to teach me some valuable lessons in perseverance. Hebrews 12:1-2 speaks of a kind of perseverance that requires a particular focus on Jesus. Also, physical training is of some value (1 Tim. 4:8). So I am reminded every time I set out that the Christian walk is not a sprint but a marathon.
With our eyes focused on Jesus and an awareness of our abundance, it’s near impossible to ignore the “least among us” (Matt. 25:40). And so I find myself where my passions collide, looking so forward to giving myself away for the sake of the world, on this journey of journeys with the FCBA Spring 2017. To God be the glory!
Will you join me? 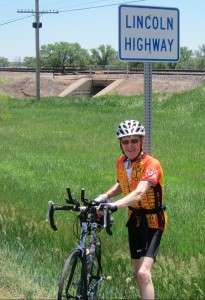 I am a retired farmer from N/W Iowa who didn’t take up biking until I was over 60. Bike riding is something I really enjoy. I have ridden several cross state rides but my favorite ride by far is the Fuller Center Bike rides. The Fuller Center rides are riding with a purpose and meeting great people where become like a family. This will be my third Spring ride and plan to continue as long as the Lord gives strength. 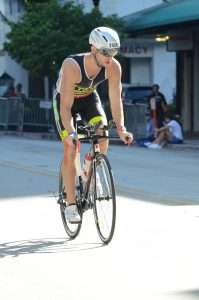 Hello All! I have been looking into participating in the Fuller Center Bike Adventure ever since I heard about it a couple of years ago. I currently work in Kennesaw, GA for Buildrite Construction. I have enjoyed participating in Habitat for Humanity projects in my free time and have recently gotten into triathlons. That being said, the Fuller Center Bike Adventure seems perfect for me! 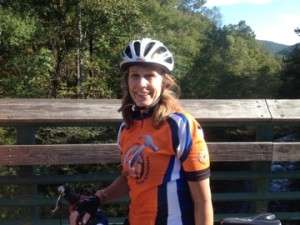 
I just love the mission of the Fuller Center for Housing! I love to bike, so this is an event I cannot pass up. It is so great to be able to help others while doing something I love and believe in!


I am super excited about this ride. I try to do a mission trip every year, and this year work obligations conflicted with the dates of my traditional group. So, I LOVE to ride and thought this would be an exciting way to satisfy both passions. 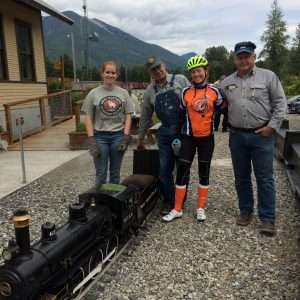 
Greetings fellow cyclists and future riders! Words and time fail me to adequately describe the how God has used the Fuller Center Bike Adventure in my life. But I can say that it combines the things that are closest to my heart: loving God, serving others, living in community, and cycling!!! 🙂 It is an honor and a privilege to spend time with my Fuller Center family and get to welcome new family members! 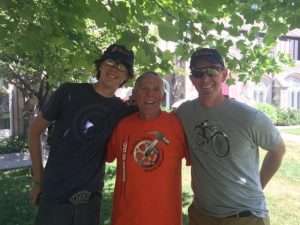 I am Geezerman from Geezerville, CO, and this will be my seventh consecutive year riding with FCBA. I have ridden all of the previous Spring Rides, and ridden or supported the summer rides since 2011. Obviously I am hooked on and love FCBA and their mission, the people I ride with, the churches that open their doors for us, and the people we all help.My son Matthew, granddaughter Harper, and grandson Judah have all ridden with me, and my wife Lois has supported with me, making those events extra special.Peace 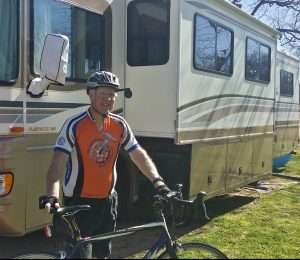 Since 2001 my wife Mary and I have been traveling in our motor-home (living in it full time the last 11 years) and building with Habitat for Humanity’s RV Care-A-Vanners and the Fuller Center RV Builders. I also enjoyed several week-long rides like the Michagander and GOBA. To celebrate my 60th birthday in 2007 I decided to bike the Natchez Trace Parkway on my own. Who knew that the following year I would be riding cross-country with the first FCBA? Only 8 of us did the whole way that year, now there are multiple rides! I’ve been able to participate for a day to a week most years, but never the full Spring Ride until last year. And I want to do it again. What a fun way to raise funds and awareness for the mission of eliminating poverty housing.


I rode cross country with FCBA in 2016. It was life-changing and I completely believe in Fuller Center`s mission. Because I can’t do the second half of the summer ride, I’m going to do this ride to get my “southern exposure” and raise awareness of this great organization. 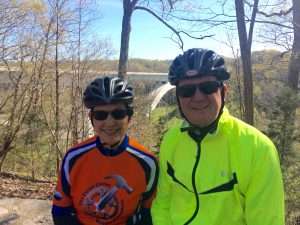 
I am a wife, mother, grandmother, and retired teacher with a passion for biking and raising funds for housing in Haiti. John and I look forward to renewing FCBA friendships and making new friends.


We are excited about riding again for the Fuller Center For Housing. Our 2016 fundraising provided a house for a multi-generation family in Pignon, Haiti. We hope to build a new house in 2017. I am a retired United Methodist minister and a grandfather. We are so pleased to be able to ride for such a great cause. 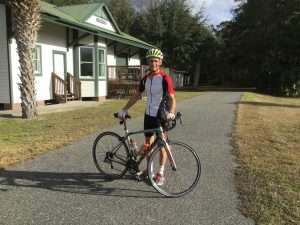 
I was the last kid in my neighborhood to learn to ride a bike, but since then there have been few long spells without riding. My road bike is now broken in, and I look forward to joining a Fuller ride with purpose. 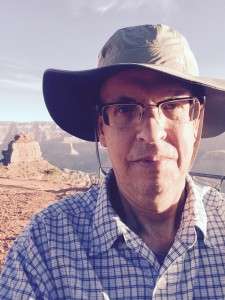 
This is my second Fuller Center ride–the mission, the riders, and all people involved are what makes this special. It gives me a chance to be selfless and help others in need. This is social justice in action. 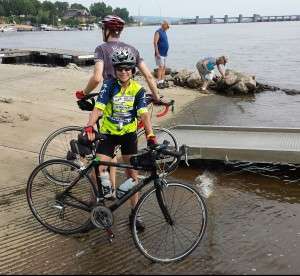 
I love to ride my bike and help others at the same time! 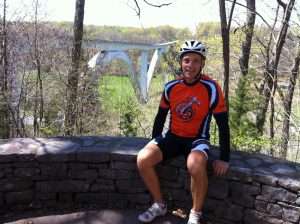 
This will be my third ride on the Natchez Trace with the Fuller Center family. Terrific people, great ride, wonderful host churches and a good cause. Looking forward to riding the Trace again and seeing some of my old Fuller biking friends and making some new ones.


I enjoy biking and seeing other parts of the country. I enjoy being a member of the community of riders who are committed to the mission of the Fuller Center for Housing. 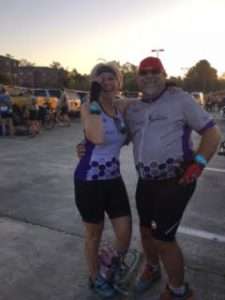 
I originally took up cycling after a divorce. The time alone was just what the doctor ordered. Cycling gave me back my life and along the way lost a few pounds. I have done many mission trips in the US and even one overseas trip, but nothing like the Fuller Center ride. Looking forward to the adventure and meeting new people. 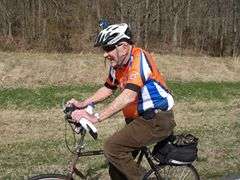 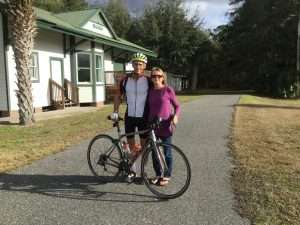 
Looking forward to supporting my husband and others as they ride for enjoyment and helping Fuller Center build houses. 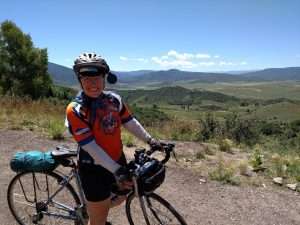 I had fun riding across the country with FCBA in 2015 and from Seattle through Nebraska in 2016. Though unable to do any of the summer rides this year I am doing the spring ride to stay connected to friends I’ve made and support a great cause. I am excited that my husband, Dave, is going bike with me on the spring ride! 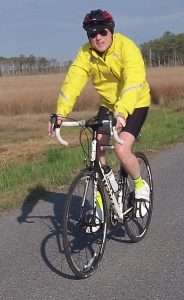 
No, I’m not driving SAG this time. Yes, I’m actually riding a bicycle this time. Yes, I do know how to ride a bike. I’ve actually been riding bikes long before Connor was born. 🙂 No, I’m nowhere near as fast as he is though. 🙁 .
We can’t do any of the FCBA summer rides this year but we still need to see our Fuller family. What better way than to bike the FCBA spring ride and perform some community service along the way.

PS: I just hope I can keep up with y’all. There is SAG service on this ride, right? 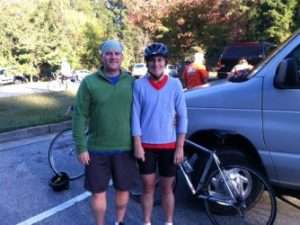 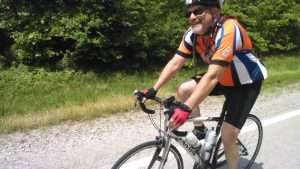 This will be my fifth week riding with the Fuller Center. This is such a fun way to make a difference in the lives of some folks in need. I have also made so many great friends that I look forward to seeing every time and anxious to meet some new ones!