We will begin this cross-country ride in the historic port city of Astoria, OR. 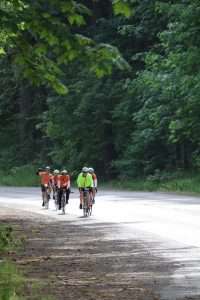 Not only is Astoria known for being the first permanent United States settlement on the Pacific coast, but several popular movies have been filmed there. The list of movies filmed in Astoria, OR includes The Goonies, Free Willy (and the sequel), Teenage Mutant Ninja Turtles III, and many more.

From there, we will continue on to the small city of Rainier, WA. Known for its Veterans Memorial Park and bluegrass music, this small town will definitely leave a big impact. We will get to continue to enjoy the small town life in White Salmon, WA; Maryhill, WA; and Umatilla, OR as well. The bigger cities of Vancouver, WA and Kennewick, WA will also welcome us along the way.

This first week of the Northern Tier Bike Adventure will surely be one to remember. Come enjoy the cool weather as we travel through these wonderful cities!